A lesson about leadership, time and life

“I wish to learn from Mr Obama.”

In 2014, Charlie, the 17-year-old teenager, won the fierce battle with cancer. Through the unexpected experience he had all the time to ponder on life. Like many teenagers he had so many goals to be achieved under limited time. Charlie recalled the period of Wish Team visit, “we all have only 24 hours a day. How can someone important like Barack Obama, the former President of the US, manage a whole nation? How can one come to terms with such abundance in life?”

Wish Team asked Charlie to think outside the box, the latter thought bigger, “I wished to learn from Mr Obama!” No one thought that he could really visit there, even Charlie himself; but then, there he was! He visited the Parliament Hill, the Smithsonian National Air and Space Museum, and, the WHITE HOUSE! Though he was so close to meet President Obama, he learnt a lot from the Wish Journey, related to knowledge, time, and life: at times one has to fight for what one wants; at times one has to endure with hope. Even when you are let down, the important thing is to treasure the present.

Charlie learnt to find balance in life, slow things down and prioritise his goals. He is currently studying at aerospace engineering while trying his best to be the leader of student ambassador. He once thought that he lost time when facing medical treatment; but he has got more than he could imagine. 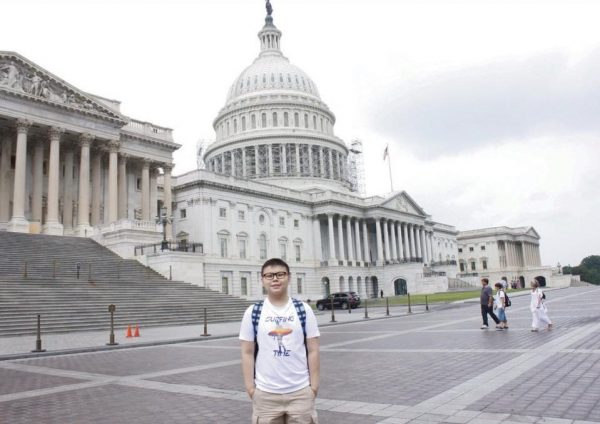