A Magician who Brings Happiness

“I wish to learn magic performance with the famous magician Harry.”

— Andy, currently working in admin (and he’s occasionally the magician at his company’s dinners and gatherings!)

“I wish to make the children patients happy.” In 2004, Andy went through more than 30 times of electrotheropy and chemotherapy in treatment of brain cancer. During his hospital stay, he met Harry the famous magician who touched his heart with lively magic performance. “You don’t hear laughter very often in the ward. But that day, big smiles were on all the children’s faces. I wish I could bring happiness and strength to others just like Harry.”

Without any hesitation, Harry was willing to teach this warm-hearted boy. What surprised Andy most was the invitation from Wish Team. “They asked if I wanted to do a magic performance at a big party with Harry and bring happiness to Wish Children,” Andy recalled. Despite the clumsiness due to the impact of his medical treatment, he tried even harder to learn, study and practise.

Time flies and it was time for the Wish Party! He had sweaty hands even though he practiced so many times. But it all seemed worthwhile as he brought down the house with his stunning performance with Harry.

Andy said, “My one true wish was to see smiley faces and I really did it!” 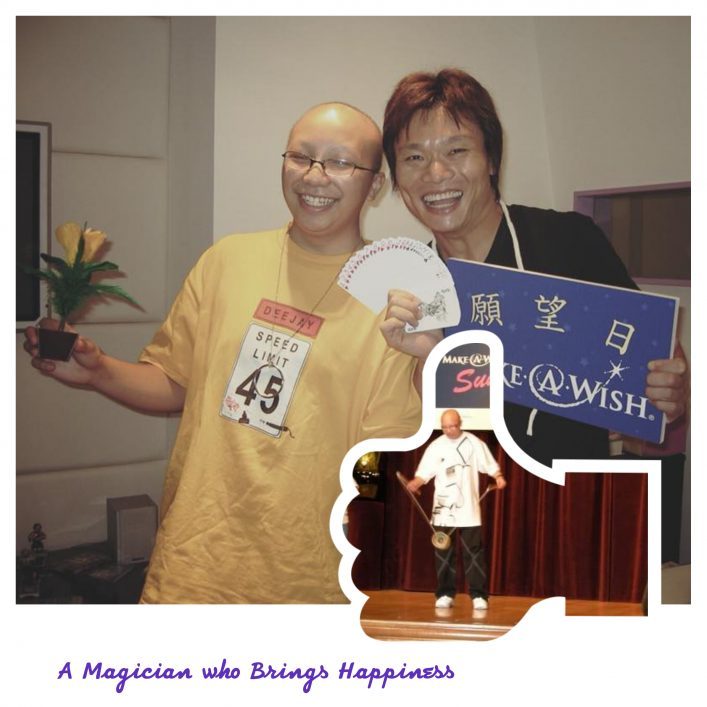